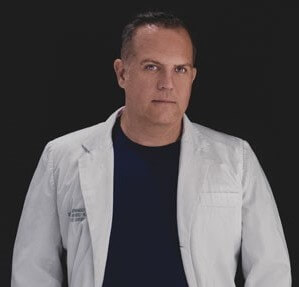 Dr. Athanasios Athanasiou graduated from Medical School in 1996. Following his core studies, he served as a doctor at 406 Military General Hospital. He completed his residency in Plastic Surgery at “Agios Savvas” Oncological Hospital of Athens while doing/completing a part of his residency at Chelsea & Westminster Hospital in London. Dr. Athanasiou has gathered extensive experience in the field of reconstructive surgery, especially in the field of microsurgical reconstruction of head and neck defects as well as breast reconstruction. In 2006, he completed his doctorate on “Skin Wound Healing With the Aid of Pulsed Electromagnetic Fields”; an original study, the results of which were published in eminent foreign journals such as the Journal of Rehabilitation Research and Development (JRRD).

He among with the team at the University of Ioannina continue to study the applications of these fields in various experiments carried out to this day. After receiving his specialty certification, he undertook a paid position in “London Clinic”, a large private clinic in London, where he gathered significant experience mainly in the field of Cosmetic Surgery, working with renowned plastic surgeons of London. He continued his training in California, USA, where he co-operated with long-standing professors at New Port Beach and Beverly Hills, creating a strong bond of co-operation and ongoing exchange of opinions and techniques. In 2008, Dr. Athanasiou inspired by his work experience and the Cosmetic vide of California, he founded Athens Beverly Hills in the heart of Kolonaki (center of Athens), specializing in the field of Plastic Surgery and Cosmetic Dermatology. Following the successful course of Athens Beverly Hills, Dr. Athanasiou was given the stimulus to expand and create -in October 2011- one of the most premium, 1200 m2,  medical center of South Athens; offering 360 medical services, mainly in health optimization, antiaging and aesthetic plastic surgery needs, under the name of ABH Medical Group.

Today, ABH Medical Group is considered to be the Cosmetic “meeting point/place” of Greece’s Celebrities and niche audiences, a place of excellence and innovation where aesthetics meets high-end technology.

He is a member of many scientific associations such as GMC, ISAPS, ECAMS, HESPRAS, Global Regenerative Academy and many more.

Dr. Athanasiou perception of aesthetics is : Beauty is defined as the ensemble of mental and physical characteristics of a person and not individual elements in it.

Skin Wound Healing With the Aid of Pulsed Electromagnetic Fields